Biolace is a speculative design project which explores the potential of synthetic biology for future fabrication. In a future located in 2050, when natural resources have become scarce, and global population has reached 9 Billion, food grows in urban hydroponic greenhouses that host new species of plants genetically engineered to ‘manufacture’ multi-products to save energy, space and time. Biolace aims at questionning the validity and ethics of an emerging synthetic nature.

Photographs (framed, A2 size or unframed A1 size, printed on archive paper), a short animation, a lace doilly 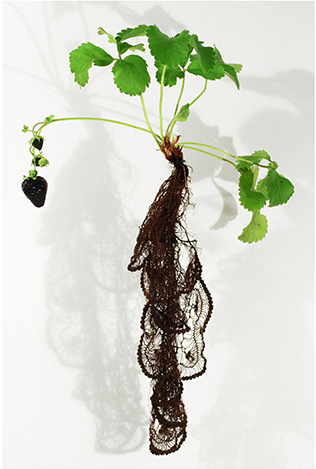 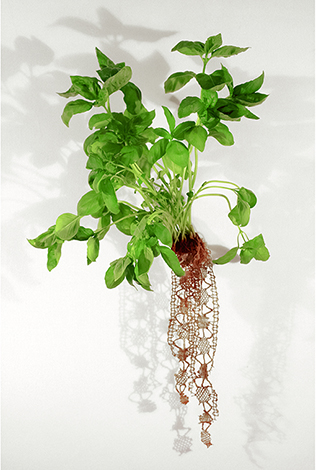 Biolace has been exhibited at:

Biodesign: On the Cross-Pollination of Nature, Science and Creativity, The New Institute, Rotterdam. 2013

’Look Twice’ exhibition and Symposium in Munich organised by Plan. 2013

October- November 2013: Museum of History, Bucarest. (in association with the French Institute).